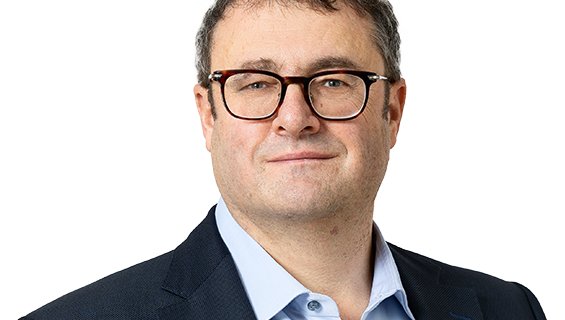 Mumbai is experiencing a rapid increase in electricity consumption, seeing peak demand increasing to 3,850 megawatts (MW) in 2022, of which around 2,100 MW was supplied from outside sources*1. The new HVDC link will supply up to 1,000 MW of electricity, increasing power from outside of the city by almost 50 percent. The link will strengthen the existing transmission infrastructure and help Adani to ensure a reliable power supply in the region.

Globally, power loads in cities are increasing, especially in densely populated areas where land is already scarce, and difficulties can arise whenever new right-of-way must be secured for traditional transmission lines. HVDC technology enables large amounts of high-quality electricity to be delivered where it is most needed with complete control, with a very compact transmission system.
Mumbai is one of the world’s most densely populated cities, with a population of over 20 million, and, by utilizing Hitachi Energy’s compact HVDC system and 50 kilometers of underground cables rather than overhead lines, almost 2.3 square kilometers of land will be saved – the equivalent of more than 320 soccer pitches.

Our HVDC systems have tremendous potential for bringing large amounts of electricity directly into cities, such as Mumbai, where it is needed most but space is severely limited,” said Andreas Berthou, Global Product Group Manager of HVDC and HVDC Service of Hitachi Energy’s Grid Integration business. “As the world becomes more sustainable, electricity will be the backbone of the entire energy system.”
Earlier this year Mumbai unveiled its Climate Action Plan*2, aiming towards becoming the first city to become carbon neutral in South Asia. The plan focuses on six sectors, including decarbonizing Mumbai's energy grid, building energy-efficient and climate-resilient infrastructure, and promoting low carbon mobility solutions. This HVDC link will be a crucial step to modernizing the city and state grids, and essential to the fruition of the Climate Action Plan.

Hitachi Energy has an impressive HVDC track record in India, where it introduced the technology over 30 years ago with the Vindhyachal project in 1989. Raigarh-Pugalur is Hitachi Energy’s sixth HVDC project in India and the second UHVDC installation, following the multi-terminal North-East Agra link.