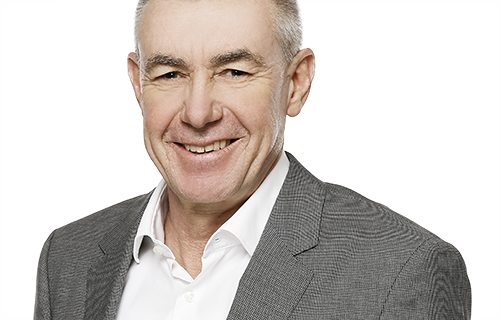 Press Release. Alstom and the Romanian Railway Reform Authority (ARF) have signed a contract for the delivery of 20 Coradia Stream inter-regional trains and associated 15-year maintenance services. The value of the contract is estimated at €270 million. These trains will be the first passenger trains provided by Alstom for operation in Romania.

The contract can be extended with the option for another 20 trains, to be confirmed by firm order from the beneficiary. Including extended maintenance on the entire fleet, the total estimated value of the project could thus exceed €750 million.

“The new inter-regional electric trains for Romania will contribute to more modern and sustainable transportation in Romania – in line with our ambition to lead the way towards greener and smarter mobility worldwide. I am delighted that our Coradia trains, highly appreciated in so many European countries, will run in Romania as well. This contract completes the very diverse portfolio of Alstom solutions in this country, covering all our key business lines, from signalling and infrastructure projects to metro trains and complex maintenance capabilities,” said Gian Luca Erbacci, President of Alstom Europe.

Developed for the European market, Coradia Stream trains are equipped with the ERTMS1 Level 2 traffic control system and comply with both European standards (EN) as well as Technical Interoperability Specifications (TSIs), being capable of operating on all the main European power supply systems. The maximum speed of the trains will be 160 km / h.

Each train will have six cars, a total capacity of 350 seats and 100% low floor, to assure easy access for all passengers. There will be two entry doors on each side of the middle cars and one door for each side of the end cars. The passenger information system will include a sound system and a dynamic display system. Each train car will be equipped with large-size luggage racks.

The Coradia Stream trains will also be equipped with a digital system for passenger counting with high-precision sensors. Each train will have four ecological toilets, evenly distributed along the entire length of the train, with one designed for people with reduced mobility. The final configuration, colors and finishes will be fully customised according to the requirements of the Contracting Authority during the design stage.

The train is part of Alstom’s Coradia range of regional trains, with performance in operation demonstrated throughout Europe for over thirty years. To date, Alstom has sold 3,300 Coradia trains worldwide. Several European countries, including Denmark, France, Germany, the Netherlands and Spain, already benefit from their performance and comfort.

In total, over 420 Coradia Stream trains have already been ordered in Italy, the Netherlands and Denmark. Those in Italy have been in service since mid-2019, proving the reliability of this product. Coradia Stream also offers emission-free solutions, such as battery and hydrogen powered traction, for non-electrified lines.

Alstom has been active in Romania for almost 30 years and is a market leader in railway electrification and signalling solutions. The company is responsible for implementing signalling or electrification solutions on more than 75% of the Rhine-Danube railway corridor in Romania. The first CBTC urban signalling solution in the country is under implementation by Alstom on Bucharest’s metro Line 5. The company has also been the provider of maintenance services for the Bucharest metro fleet for the last 17 years.